In mid evening on the first Monday in July, I rode my motorcycle down to the village of Ludgershall for their annual Bike Night. There were bikes, some interesting cars, and a few tractors, but mostly there were bikes, and bikers. I got there at about 8 pm, the place was full to bursting and there was plenty to look at. By 9:30 pm I was one of the last to leave.

As I approached the left turn to the village off the A41, I saw a small, low, old sports car with great big headlights coming the other way, slowing just enough to make the right turn up the same road. I reached the turn just before the car and wondered what it was. It turned out to be a 1937 Riley.

I didn’t mention there were boats, but this is not a boat. I didn’t believe it was one, so I peered underneath the front and I wasn’t too surprised to see a wheel. It is based on a Reliant three-wheeler. Like the Reliant cars, it has (I think) glass fibre bodywork. The head image is from David Pelham’s cover design for Penguin’s edition of A Clockwork Orange. And yes, the car behind it is covered in artificial grass.

This one-off bike, The Flying Millyard, has a five litre V-twin engine made out of two cylinders from a nine cylinder Pratt & Whitney aero engine. I later saw it as the owner rode it away, with a gentle low RPM chuff from the exhaust with a lovely scent of hot oil.

A big thank you to all those that helped with the gazebo and event…..

Just a few lines to say a big thank you for all your help over the weekend supporting the National Road Rally. Everything went well and I hope you enjoyed your stint at the desk and meeting the riders. We had a total of 189 riders + some pillions through the control which is nearly a third of the total entry and the BMW mark, particularly GS’s, were the overwhelmingly highly represented throughout the afternoon, night and into the morning in that number. Around 03:15 we had 3 x French registered GS’s ridden by 2 French nationals and 1 fluent French speaking Englishman that had come over just to ride the event.

It must be one of the oldest events for road riders in the motorcycle calendar! It’s often known jokingly as England’s best kept secret,” as although entries today are greater than in pre-war days, so many motorcyclists seem to know little or nothing about its joys.

If you want to get the feel of the Rally, then enter the medal competition and have a gentle Saturday afternoon and evening circular ride round some of the controls not too far from your home. Alternatively get up early on the Sunday morning, ride in the National Sunrise Rally and finish. If you are a beginner but are a bit more adventurous, try the Bronze Award where you will be asked to ride 200 miles and finish at our Final Control.  Of course, if you’re experienced and wish to try something more challenging you can ride in other categories. Whatever award you aim for you’ll enjoy one of the great events in motorcycling.

A group of 10 of us met at the Artyard Café, near Eynsham, for an excellent coffee and a natter before setting off to the Coventry Transport Museum.

Deliberately avoiding motorway’s we had an excellent ride through smooth and traffic free roads until we approached the outskirts of Coventry, where traffic increased considerably.

On arrival at the museum, we were met by “Adam” who kindly allowed us to park in the secure compound at the rear of the Transport Museum.

Coventry Transport Museum (formerly known as the Museum of British Road Transport), houses the largest collection of British-made road transport held in public ownership. It is located in Coventry because the city was previously the centre of the British car industry and the birthplace of the bicycle. There are more than 240 cars and commercial vehicles, 100 motorcycles, 200 bicycles.

As of June, 30 2019, Coventry Transport Museum is no longer free admission. Prices for adults will be £14, concessions will be £10.50 and juniors (5 to 16 years) will be £7 with special prices for families. Admission to the museum is still free for Coventry residents. However you can enjoy free entry with a BMCT membership (bmct.org/join), which costs 20 a year…..

The ever-changing temporary exhibitions feature motor cars, commercial vehicles, cycles and motorcycles from the museums own collection and beyond.[2] The museum offers activities ranging from engineering challenges to scientific experiments.

Many thanks to Bob Mack for the original idea and to Dave Shanks who kindly agreed to be tail end charlie…. 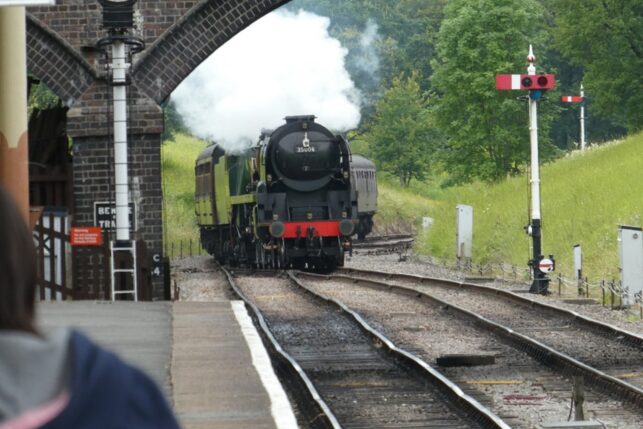 Great rideout led by Dave Shanks around the Cotswolds. Many thanks Dave.Started out with 9 bikes in the Peartree Services and ended up at the GWSR Steam Railway at Toddington. 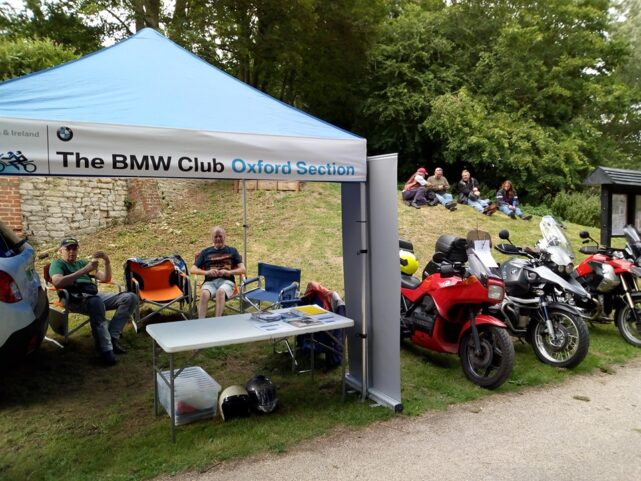 The first Calne Bike Meet was held back in 2000 when two charity organisers (Calne Rotary) invited a few local motorcycle clubs into the town.

For the first year or two the meet remained quite small, but it didn’t stay that way for long and soon grew to be recognised as a major event locally, nationally and beyond.

Being held in the town centre, on open public roads makes it a unique event in the motorcycling calendar and being free to attend allows our whole town to be involved.

With rapid growth year-on-year, it was realised that the Calne Bike Meet could be a force for good (as well as a good day out).

As a not-for-profit event it is required that we meet a few requirements, one of those is to have and to honour a charter. It’s quite a long document so we’ll keep it short here and focus on the best bit – the charities we help.

Each year we look at how we can use your money to do good things and we do that by donating to a local charity, a national charity and a charity with a connection to motorcycles.

Last year we donated a total of £13,000 to our chosen charities – A Place 4 Us, Blood Bikes and The Royal British Legion

Oxford section stand at Calne bike day. All set up before I arrived. Good work by Martin, John and Ian. Seemed a bit quiet, maybe because of the earlier rain. 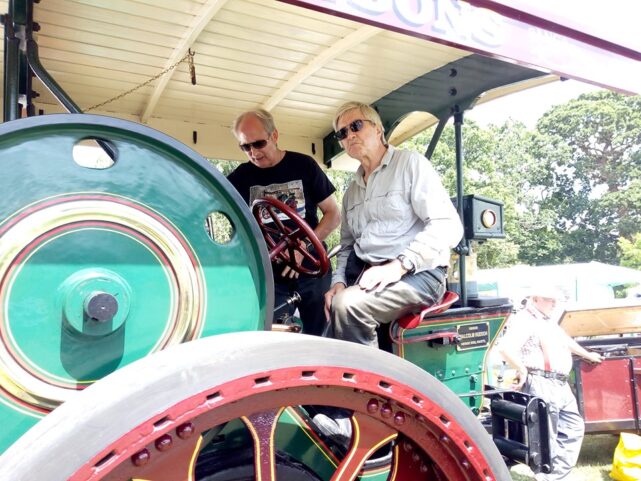 An SNR (Short Notice Ride) was kindly put together by Ian Cummings to the model engineering days in Fareham. A good group of riders were able to enjoy the passenger carrying miniature railways, live steam engines, radio-controlled boats, demonstrations, model engineering exhibition, classic vehicles etc. A great day out, many thanks to Ian for arranging.

Bikers and Bike enthusiasts are encouraged to bring their motorbikes whether Super Bikes, Road Bikes, Tourers or Vintage in fact anything on 2 wheels to our inaugural Bike Night! Bike parking will be in the Village Hall and Fleur De Lys Car Park, Car parking will be in the field adjacent to Manor Farm Lane. This is a free event with a voluntary collection on the night the proceeds of which will go towards running costs and local charities.
There will be Music, Food, BBQ and Outside Bar. A helmet and leathers storage will be available at the Village Hall for a small charitable donation.
Please share this event with friends and fellow enthusiasts, we hope this will be the first of many!

BMW Navigator V,VI Top Tips guides available so that members can get a copy for a £5 donation to Thames Valley Air Ambulance and £1.50 postage, a very good cause to support

Don’t forget to make a note of the dates from the trifold calendar that you wish to attend into your diaries, we will also be updating the website regularly and posting on Facebook.