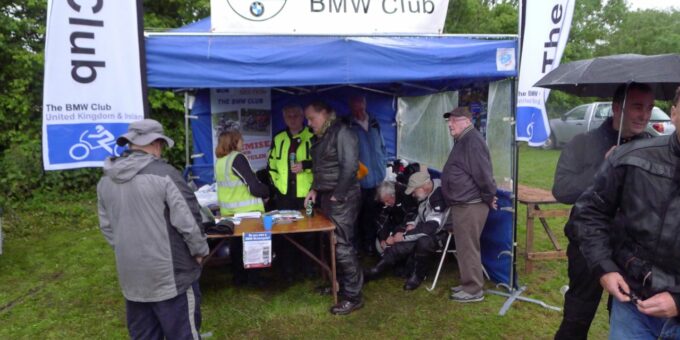 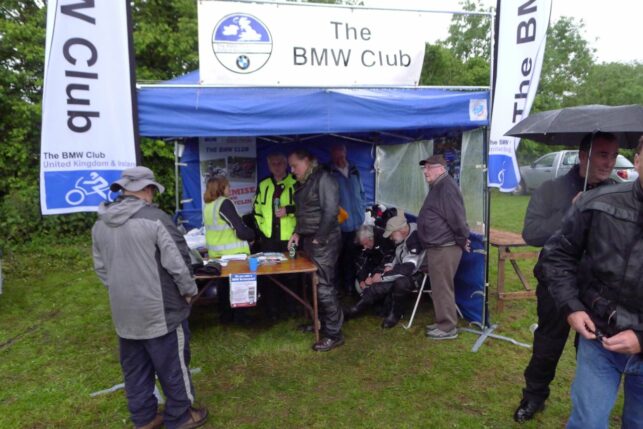 Once again we had a great time at Hagbourne Bike night.

John Broad sent a few words and some great photos

Many thanks to all the team who helped with the mantling and dismantling of the club stand last night and to Rob Allin for organising the Club location.
In spite of the rather damp conditions the club stand was the most impressive at the evening with the most bikes on show as well. The old gazebo proved useful as both the focus for the club and to keep the liquid sunshine away from those who crammed into its confines. With excellent support from stalwarts such as David & Rosemary Hicks arriving on their fine vintage machine and Liam with the family in their superb vintage BMW combination everyone made the best of the social evening. Liam’s son arrived fast asleep in the sidecar suggesting the soporific value of the old horizontally opposed engine or could it have been Liam’s smooth riding style?
Some fine old bikes did make it including an array of vintage AJS racing machines.
Personally, I was amazed to see an example of the Ariel Pixie from 1965, a machine that was years ahead of its time and should have been a competitor to the superb little Honda 50’s and 90’s. It was strapped onto the back of another rarity, an Austin Westminster.
Just got to dry everything out before the next event at Calne on the 25th July and then Brackley on the 16th August. all to enjoy.