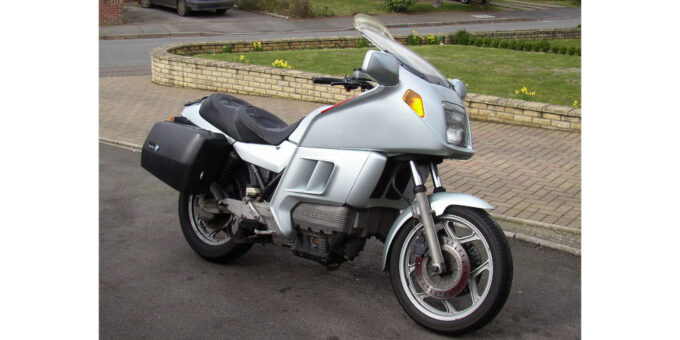 It was a K100RT bought second hand on the advice of a colleague at work. “This is an ideal bike for you Geoff. The BMW K100 is rugged as hell, reliable (with fuel injection) and cheap as chips!” And so my relationship with the marque started.

Time for a quick flashback to 1966. I acquired a 1953 Vespa 125 on which I roamed the hilly countryside around Huddersfield and duly passed my test. I made the mistake of taking off the flywheel to adjust the points as I couldn’t seem to see and get a screwdriver through the available hole to do so. Every time I tightened the nut holding the flywheel, it slackened off during the ride and the timing then failed. I must have pushed the wretched machine uphill many miles before I cured the problem (and been the best customer for replacement woodruff keys at the local Vespa Dealer).

Next up was a Lambretta Li150. Totally reliable and ideal as a student mode of transport. A gap of about 7 years ensued with 4 wheels available instead. I bought a Suzuki B120P (the updated version of the BLOOP) to commute into Oxford from Abingdon. This economical mode of transport was my first proper bike. Changing jobs meant a commute of only 1 mile so I sold the B120P and bought a second-hand Suzuki GT550. This three-cylinder two stroke machine went like a rocket, but the tyres were useless.

Once, in the rain, when joining the A34 southbound from the Oxford ring road I pulled out into the fast lane and wound on the throttle. The speedo didn’t change, but the rev counter climbed steadily. The back tyre was spinning up on the wet road!

I changed jobs, acquired a company car, sold the GT550 and was without a bike for the next 20 years.

Fast forward to 2000 and the inevitable midlife crisis. The cure prescribed was the K100RT, acquired with a lot of help from my colleague John. I went on a ride or two with John and another colleague, Roger, but otherwise just pottered about a bit on my own.

In 2003 I changed jobs again as maternity cover for Fran. I had heard that she was a biker (MOTORCYCLIST PLEASE!!!). She asked me what I rode. I said she wouldn’t be interested as it was “an old brick”. “What – a BMW? Are you in the Club?” I replied that I wasn’t. When challenged about this omission, I replied “I had heard that they were a bunch of boring old f**ts who met at the Fishes”. Fran took no offence in this remark but replied “I can see why you might think that, but don’t knock it until you have tried it!” I took her advice and the rest is history. 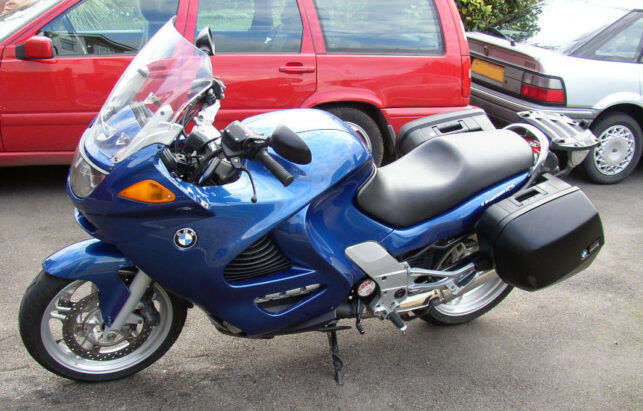 When Fran returned from maternity leave, I was offered a permanent role and on the strength of that my wife kindly allowed me to upgrade to a three-year-old K1200RS. Continental motoring with the BMW Club Oxford became a pleasure on this excellent sport tourer. We visited Ypres and Spa for weekends including a lap with Neil Leigh round the Nürburgring. A small group of us visited a gite in south western France for a week. Amazing weather great food and drink and good companions. Truly a memorable trip. 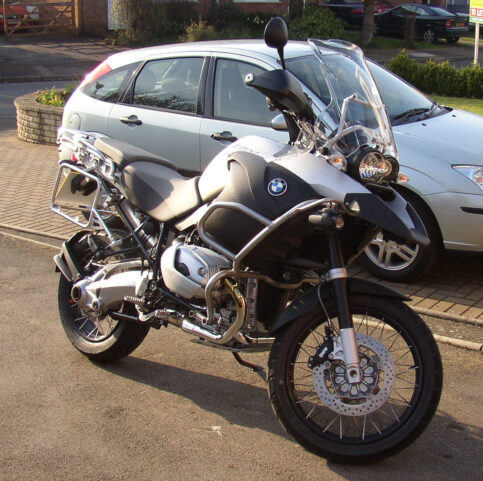 I had been watching Ewan and Charlie on their Long Way Round and with the launch of the R1200GSA I was tempted to visit a showroom or two. A test ride confirmed that this was indeed the bike for me. It went round corners as if on rails, an armchair ride, an Akrapovic exhaust, what more could I need? So, in 2007 it was a case of bye bye K1200RS and hello R1200GSA! The GSA was the perfect bike for me. The only downside to it was that as a larger rider, when suited and booted, I looked a bit like the Michelin Man. Consequently, I was buffeted a lot especially on continental motorways. I tried alternative screens and the best one I had was the Wunderlich vario screen which allowed adjustment upwards as well as angle of lean. 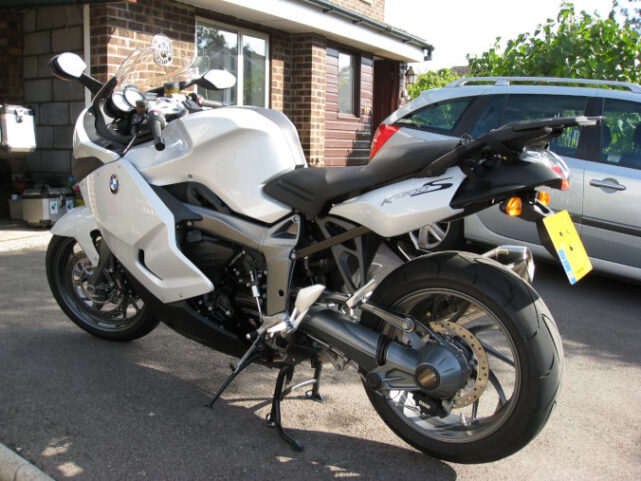 I had a brief affair with a K1300S. I had joined TVAM and passed my IAM test on the GSA but couldn’t keep up with the Green Team gang on their rideouts. I was now no longer a serial monogamist – I had two BMWs in the garage! I never did many miles on the K1300S. I loved the performance, but without panniers it was not a good touring option. I did use it on Rob Bensley’s track days a couple of times (as I had also done with the K1200RS). A tail pack was fine for an overnight trip. 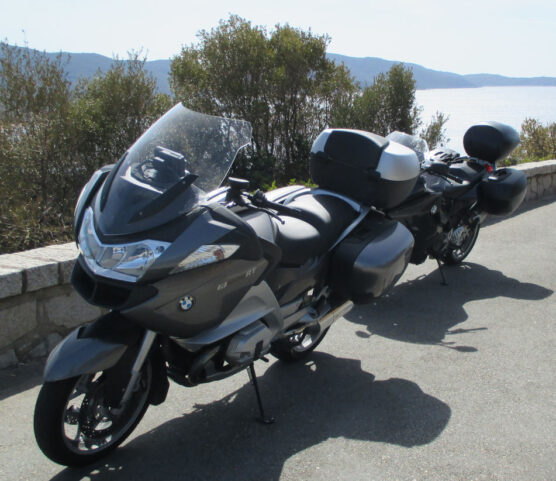 A trip to Lake Como in 2011 convinced me that I needed more comfort when touring. I road tested the K1600GT and an R1200RT against my GSA. I was looking for performance, handing and weather protection. The K1600GT was great for performance and handling but very heavy until on the move. The RT was no sluggard, handled very well, was much lighter and had better weather protection than the K1600. I traded the K1300S in for a new R1200RT in August 2012. The GSA kept the RT company in the garage and was taken out regularly but not for longer trips. 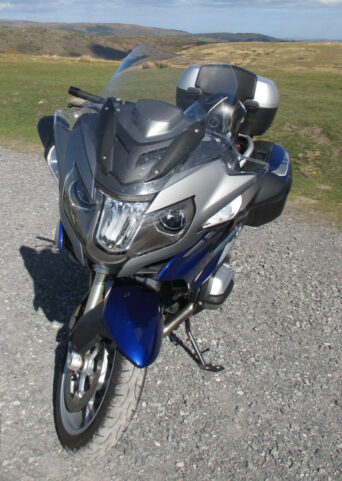 When the LC version of the RT had been out for a while and proved reliable, I test rode it. The improvement in both engine performance and handling was uncanny. In March 2016 I traded in both the earlier RT and the GSA for an R1200RT LC which is my current steed.

So, the ultimate question – which was my Best Bike? I loved the GSA and regret parting with it, but for all round performance comfort and practicality it has to be the RT LC.